What is an audit?

An audit is an examination by IRS of a taxpayer’s accounts, documents, and other information to determine the correctness of a tax return filed by the taxpayer.  Most audits are done by correspondence, which means that IRS sends the taxpayer a letter requesting documentation of certain items on the taxpayer’s return.

What proof may be required?

Survivors, particularly those who have recently left their abuser, are often asked to provide proof:

Many taxpayers have great difficulty locating documents to prove they are entitled to use Head of Household filing status and/or that they can claim their children as dependents as well as claim certain child tax credits.

Survivors, in particular, may have difficulty if they do not have access to records.  Survivors who have moved frequently or recently and/or who may, due to abuse, have been unable to hang on to important paperwork, may not have access to the proof requested by IRS.

Below are examples of the type of documents that are most likely to persuade IRS that the taxpayer was entitled to claim a child or to use the head of household filing status:

Can refunds be delayed?

In the past, IRS generally did not audit a taxpayer’s return until after a refund had been issued.  A taxpayer who was unable to provide the required documentation would end up owing some or all of the refund amount to IRS, in addition to interest and possible penalties.

Now, it is more common for IRS to freeze the portion of the refund that is composed of refundable tax credits, such as the EITC, until the audit is complete.  Unfortunately, IRS will often take many months to issue an audit decision after receiving a taxpayer’s documents.

Because many survivors depend upon prompt receipt of their full tax refund in order to make ends meet, this delay can cause significant hardship.

How will the audit end?

Survivors and other taxpayers are usually best served by having legal representation during an IRS audit. Contact us if you (or someone you know) need help resolving a tax problem with the IRS. We may be able to provide FREE legal help! 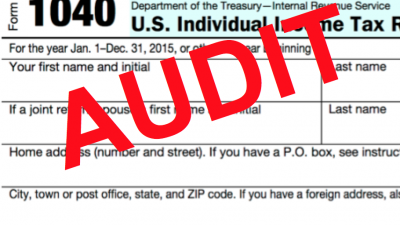